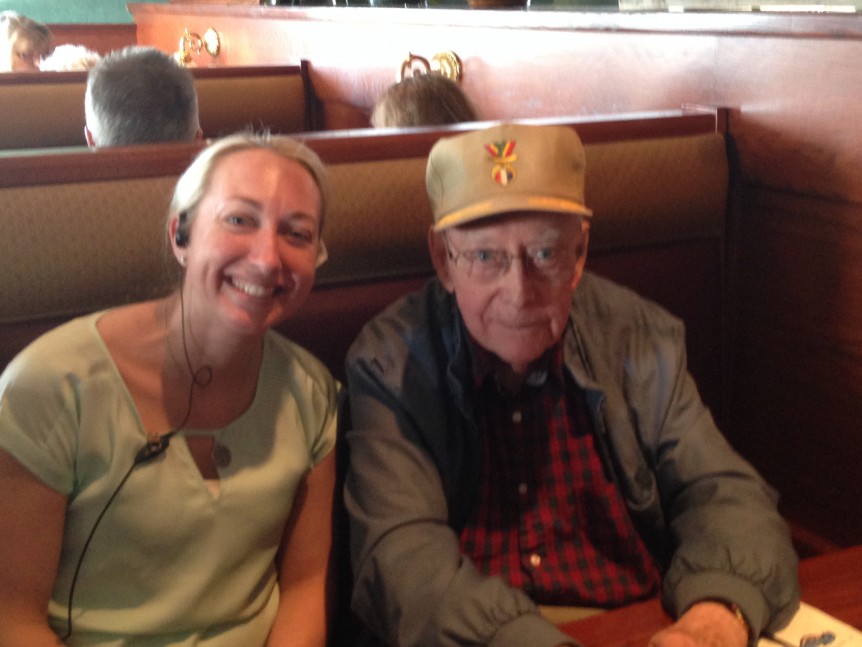 My RAK for tonight was for Kendall Parker.  Ken has become quite the regular since last fall.  Ken and his wife Dottie used to come in together every once in a while, but since she passed away in October, Ken comes in a few times a week.  They were engaged after dating for 2 weeks, married 2 years later, and had 64 amazing years together. Ken celebrated his 91st birthday in April and despite the loss of his wife, is still going strong.  I met Ken in October during a table visit, and I always try and sit with him for a while, I love talking with him.  Ken is also a veteran of WWII, he was a radio operator in the south pacific.  When I explained about staff matters and putting his picture up and a little explanation of who he was, he insisted that I tell everyone that he thinks I’m charming. 🙂  I love this promotion!  Our guests are so happy!