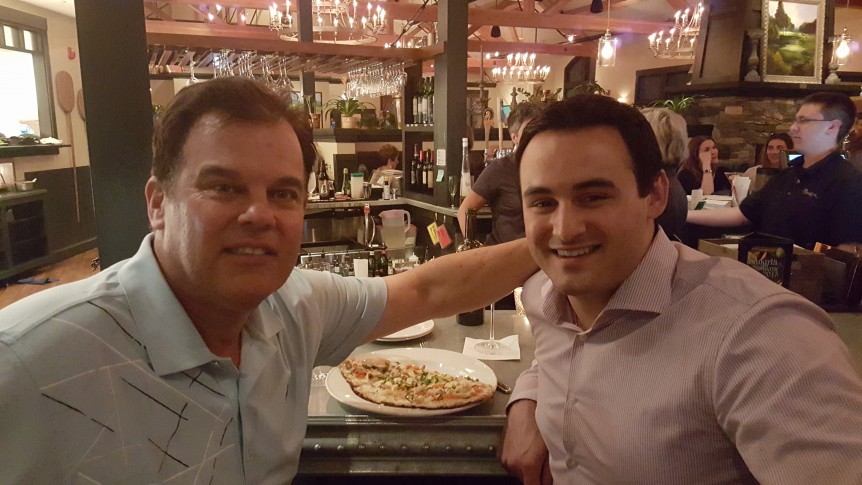 We had an event at the Copper Door that happens so infrequently that we all felt we had to do a bonus RAK for the day. To the right is Jason, the left, John. Jason took John out for dinner tonight for the sole purpose of asking John if he could have his daughter’s hand in marriage. How cool! John had agreed and gave his blessing. His exact quote when I was talking with them was “I love this guy!” I hooked Jason up with a $100 GC and mentioned that we were a great place to pop the question, now you have additional incentive to come back. John took the Pay it Forward certificate with a big grin and said it would be his pleasure to pass it along.