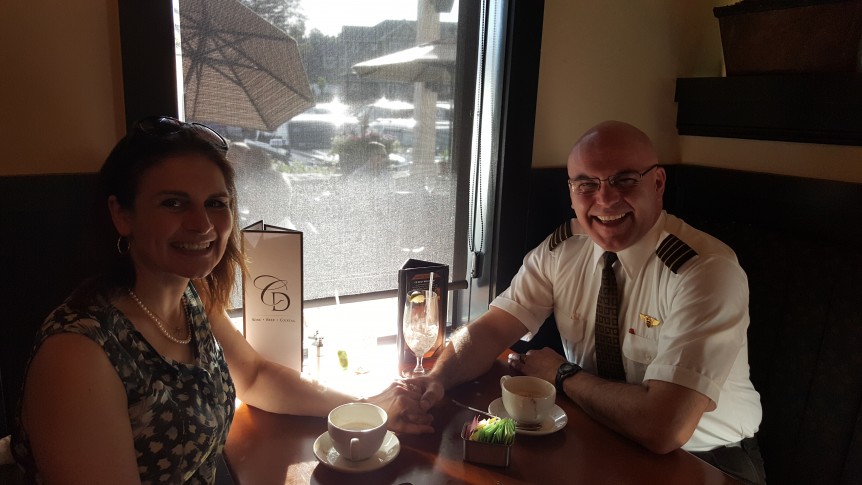 My RAK tonight went to Jennifer and Charlie, who are celebrating their 1st wedding anniversary. Charlie, as you can see, is in his captain’s uniform for UPS. (He flies the big jets.) I commented on it as my dad was a pilot, and we got to talking. He wasn’t supposed to even be in the state today, but fate had different plans, and it turned out he got to fly in and be here for their anniversary. It was also his first time, but Jennifer is one of our frequent fliers and has been here many times. Here at the CoDo is where she wanted to take him. They were absolutely blown away when I told them I had their dinner covered and promised me they would be posting what happened to them here tonight on their Facebook accounts.