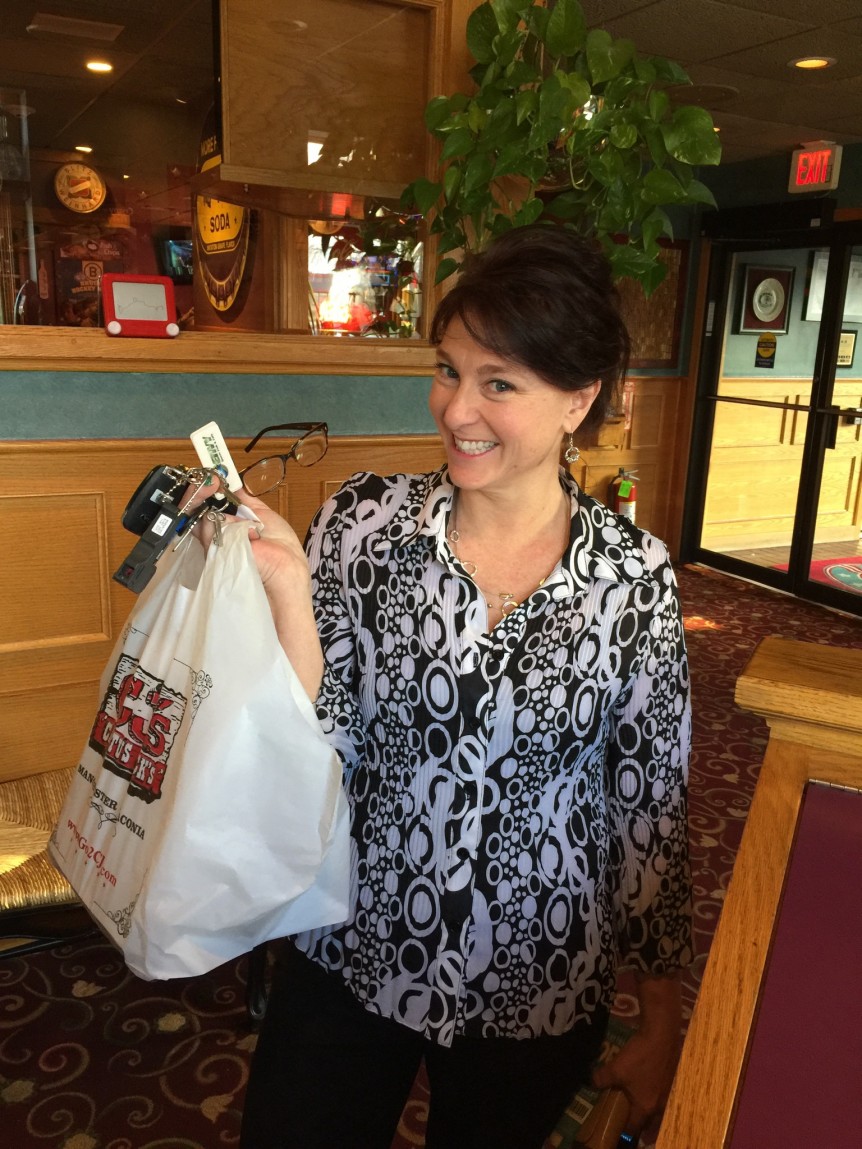 Today a woman came in for a takeout and ordered an old classic menu item that we used to have on the menu many years ago. She ordered the MCM sandwich which is mozzarella chicken and mushrooms. I thought she was a great person to RAK. Upon her arrival I found out that she used to work for our company many years ago in our Hudson location. Stephanie was so thrilled that I bought her sandwich for her and I also made sure she got extra fries and some extra mushrooms on it. I have never met her before but she was so friendly and bubbly. I knew my choice for this Random Act of Kindness was a perfect one!

A family of four came in tonight after a day outside playing yard games together. They all looked exhausted, however the two young boys were still as polite as could be with pleases, thank you’s, and eye contact the whole time. We wanted to show them how great that was, and their parents were so proud! The boys are happy to find a good person to pay it forward to tomorrow.

Had a young lady (Private Jones) from the Army in tonight to get take-out, Perfect RAK!  Come to find out this was her first time here on a recommendation from her newest recruit who raved about us!  She was moved to tears and so thankful and excited to PIF!

Joe & Diane came in with their significant others. I had delivered their cups of soup and began to chat with them and they told me about how great their server, Scott, was. This was quite the fun group, they were having drinks and really just enjoying each others company and I had yet to see them stop talking. I then delivered their Fish & Chip dinners which each of them had. I started to realize that they must have come in for our 40 Day Fish Fry special, but they had just missed it by just one day. Just to confirm, I went back after I saw them finishing up to see how everything was and to ask what brought them in tonight? They were telling me how amazing our soups are, our service is always wonderful, our fish is better than any seafood restaurant around, and for all those reasons they came in. Then they said they were really looking forward to catching the 40 Day Fish Fry special before it ended. I told them that I had assumed that’s what they were looking for &  apologized that they missed the special. I then told them I had something even better for them- Dinner on us! I explained the Random Act of Kindness promotion and they were thrilled. I received a hand shake, a hug, and a sincere ‘Thank You’ from each of them. They really love T-BONES; visit multiple times a week, and this just exceeded any of their expectations. They look forward to paying it forward and spreading the word about what we’re doing here at T-BONES! 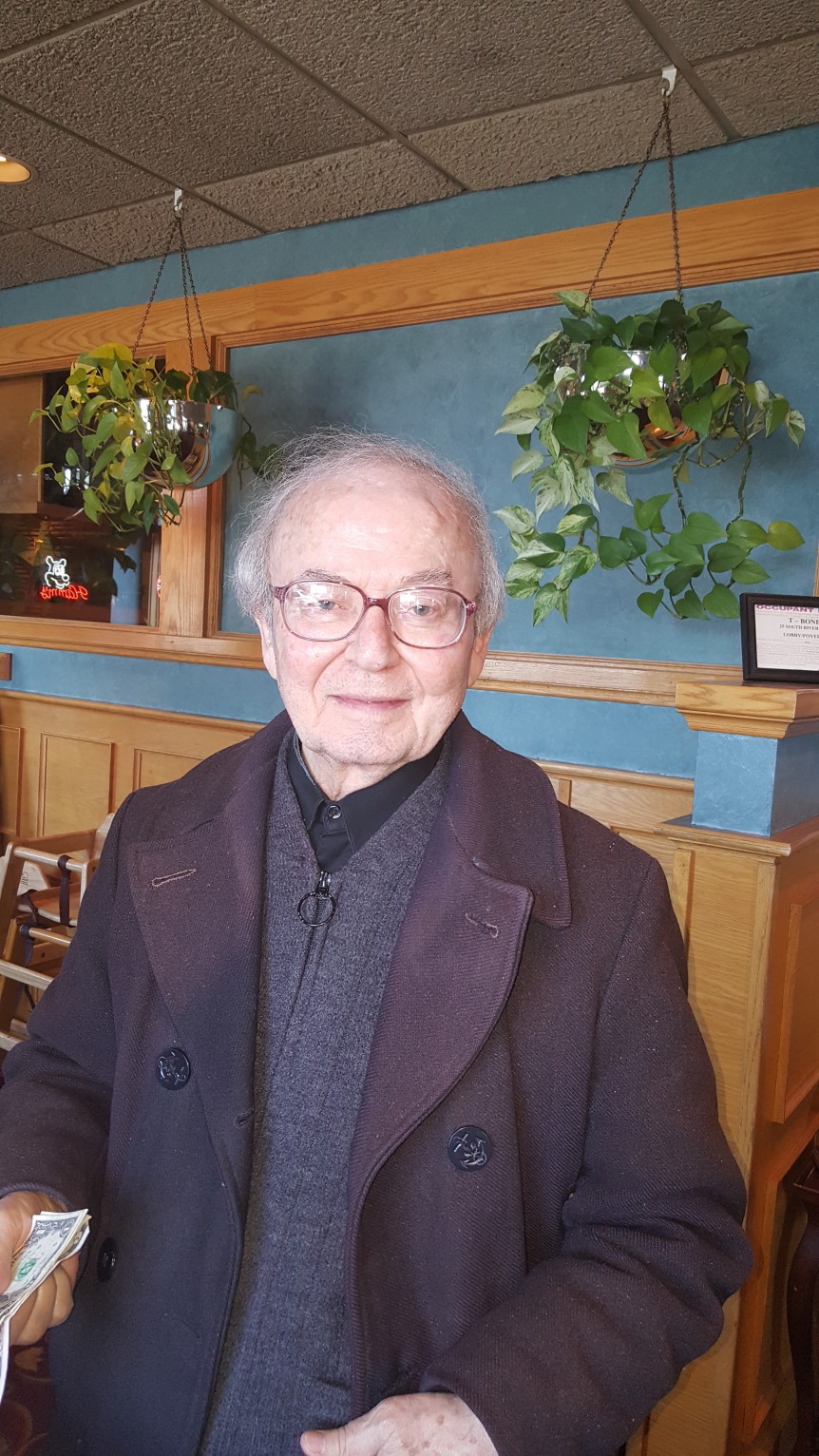 Today is Easter! I wanted to take care of someone who wanted to take our amazing ham dinner home. Tom, one of our regulars, was the first to order one! He was beyond thrilled to have this random act of kindness. He always comes in and orders a takeout with the hostess and then sits down at the bar to sip on his cordial beverage. Tom is always kind to us and is always a frequent flyer. He is happy to pay it forward to someone he sees tomorrow.

This is from Rick Pflug, our manager in training: A young lady and her mother had arrived at the restaurant after enjoying the day out together. We had overheard the mother speaking to the girl about how brave she was while having her ears pierced. We thought the young lady should be rewarded for her bravery and decided to give her a random act kindness. We presented them with a 25 dollar gift card for their next visit. The mother excitedly told her daughter “See what good things can happen when you’re brave.” Needless to say they were both pleasantly surprised.

We had a party of 4 come in for lunch, Elizabeth, Josh, Sarah, & Brittany. Sarah is Elizabeth’s caretaker and Brittany is Josh’s caretaker. I hooked up Elizabeth and Josh’s lunch to do something special for them and make their experience all the better. Sarah and Brittany were very surprised and thanked me, because something like that never happens to them. And when I gave them the Pay It Forward certificate, they told me they had a very good idea who they were going to hook up and make their day.

Tonight a family came in celebrating a trip to UVM that ended with a commitment and scholarship offer to their daughter Jennifer. I bought the family dinner as a congratulations, and they cannot wait to pay it forward!

Had a Single Gentleman pull me aside tonight to tell me how wonderful his food and service was.  He has dinner out every Friday night after a business meeting and tonight he picked T-BONES. He was blown away with the Prime Rib with all the fixings.  Last week he chose a different restaurant and had a terrible experience.  After all his kind words, I thought he would be a wonderful choice to PIF. He was at a loss for words and couldn’t thank us enough and super excited to PIF.

Tonight we had guests in, Steven and Susan and their two boys.  Steven (dad) has a gluten allergy.  They were going to order the BC Fries for an appetizer.  After explaining our concern about the potatoes being fried in the same oil as breaded chicken, fish, onion rings, etc.  I offered to bake the potato medallions but in the end  he decided that he just wouldn’t eat any – but to still get them for the family.  I gave him the first WOW when I brought out the regular BC Fries for the family along with a 1/2 order of baked BC Fries just for him.  He was quite thrilled.  I took it one step forward with another WOW and took care of the appetizer and finally the third WOW – I gave them a $50 gift certificate to come back again real soon.  He was shocked he said “What did I/we do to deserve this??”.  He and his wife were very appreciative as were the kids who took the GC and were fighting over it.  Look forward to seeing them again!