I had an employee call me tonight upset that she had lost her wallet and asked if we could reissue her paycheck, as it was in her wallet.  After I hung up the phone with her a woman called stating she had found a wallet belonging to one of our employees and would like to know how to get the wallet back to her.  The girls met here at 6:00pm. I told the woman who returned the wallet how kind it was of her to go out of her way to bring it here.  I wanted to reward her act of kindness with a random act of kindness!

I originally went to a table tonight because the little girl at the table had a recook kid steak tip dinner.  As I was talking to the table and handling the issue, I realized the father really did not want to be a bother and refused to have me take her food off the bill or give him a gift certificate. So I bargained with him..I said Ok I won’t do either of those things, however I do like to pick one person/party a week to treat as a Random of Act of Kindness, so I’m choosing you and your daughter and picking up your entire check, all you have to do is Pay Forward this $25.oo dining certificate to an unsuspecting victim!  He laughed and accepted.  I went back to the table a little later to check on them and he thanked me again, saying that he and his daughter were just discussing who they were going to choose as their pay it forward.

Making my rounds, I had stopped at a table to offer to box up their meals as they were noticeably ready to pack it up. They proceeded to let me know how much they enjoyed their meals, and how they absolutely loved the Crawfish Gumbo & Jambalaya from our Louisiana Cookin’ menu. They were the sweetest couple and I knew that they would be perfect to receive a little something special. I let them know that they were my RAK & explained what our company was doing and they loved it! They let me know that they came all the way from Tilton to join us for the evening and that we had just made their night and couldn’t wait to spread the word!

Thursday we had a group of young girls who had a case of the giggles. They were clearly excited to be out for lunch and seeing all their friends & teachers come and go as they too were on school vacation. Since they had just missed Kids Eat Free by one day, I hooked them & their babysitter up with lunch on us! They were very appreciative and happy to go out and find someone to PIF to!

Paul from JP Pest control was in for a regular check and he was the NICEST, most polite, happy vendor I’ve ever dealt with.  We got to talking and he was telling me he and his wife have 3 kids and it keeps them jumping-they both work full time.  He shared that he and his wife had a tiff that morning and I said, “well I have a great way for you to get into good graces again!”.  I gave him a generous GC and told him to get a babysitter and enjoy a night out.  He was tearing up he was so happy and he was psyched to PIF too!

This week’s RAK went to a couple expecting their first child. She originally ordered the Chicken Lettuce Wraps but it didn’t quiet agree with her. So she got plain pasta instead. I gave her a GC to come back when she had a better appetite. They were super excited, and happy to Pay It Forward.

Last Week I RAK’d someone with a pretty cool story. Late one night a regular of ours fell asleep at the wheel, and drifted into a snow filled ditch. A gentleman, Paul, was driving by and offered assistance. He dug down to the back window, climbed in and pulled him out. As the ambulance arrived and he was about to be taken to the hospital, he handed Paul a large sum of cash he was on his way to deposit, worried that someone at the hospital might steal it. After info was exchanged, a few days later Paul sought out our regular (doesn’t want his named used, i promised i wouldn’t), and returned the money. Our regular treated him and his kids to lunch, but I bought it for everyone involved. They were all very happy, and will now make this meeting a monthly thing to keep in touch.

Today’s RAK went to a father and son who were dining in for lunch. They seemed to really be enjoying each others’ company and I think those are the times you have to cherish the most! I hooked them up with lunch and they couldn’t even believe it! They were heading right out to pay it forward 🙂 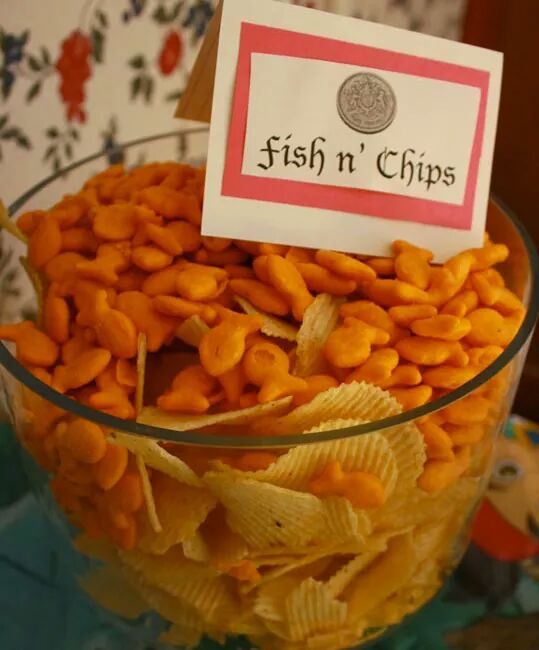 On Saturday night I decided the next table that orders a 40 Day Fish Fry I am going to buy them their dinners. I delivered the food myself and told them that tonight was their lucky night just because they ordered our special Fish and Chips. They were so happy to have dinner on the house that they decided to have one more drink!!! They said they would Pay It Forward to someone they thought would deserve this Random Act of Kindness!

Melanie and her family frequent our restaurant regularly for takeout – sometimes 3 times a week!  Tonight was no different.  Decided to pick up the tab for them and thanked them for being such loyal guests.